A blogger recently asked me which part of my recently launched book, Road of a Warrior,  was the most difficult to write. There was no doubt in my mind, I said. Chapter fourteen – it was always chapter fourteen.

As an author, there are scenes I find a joy to write while others are a proverbial pain in the backside.

For instance, writing a battle scene is something I love. I imagine the scenes playing out like a movie in my mind, over and over in my head. I can even hear the music as my main character battles with a Deviant or a Sand Lord. They attack and parry, the blows come heavier and heavier until Fel’annár somersaults over his hideous opponent and then lashes out with his long sword, slicing its head off while his shorter sword arches up and around, stabbing another rotten Deviant who thought to take him from the side … OK! I’ll stop, and I think you have the picture, right? I am incorrigible. 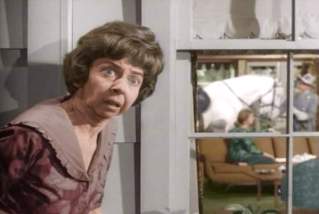 But it gets worse; sometimes, I will even reach for my industrial-sized toilet paper rolls and perform the Kenjutsu moves myself – just as I have written them. Does it work? Is it logical? Would it really happen like that? Everything is ok as long as the neighbours don’t see me through the kitchen window!

I also love scenes with political intrigue. I love the rhetoric, the scepticism, the fleeting glances and knowing gazes. I love riling the reader and then giving satisfaction as the victim becomes the victor.

However, for me, the challenge comes in the guise of romance. I mean even the word itself is open to such a wide diversity of interpretation. What is romance? How do I understand it and does that coincide with what others expect of a romantic scene?

I have always felt myself struggle with romantic scenes and this is why I need to get in there and just do it. What is there not to love about expressing perhaps the deepest and most uncontrollable emotion we know? The passion and the violence, the tears and the wonder. So why do I feel so awkward when I try to put pen to paper and write that scene? There’s nothing for it, it has to be done.

Which brings me to chapter 14 of Road of a Warrior, the second book in The Silvan series. It was a massive challenge because this chapter has battle, heartbreak, magic and dialogue galore and of course – love! I remember endless days with my beta reader, M.Y. Leigh, and my editor Andrea Lundgren, grinding out the scenes, fleshing them out, changing them and then changing them again until my hair was a mess and they were as good as they could be. I would be extremely interested in hearing from anyone who read the book to lend me their thoughts, of course.

When I look back to my debut novel, Path of a Novice, the first book in The Silvan series, I still love it, but I can see just how far I have come as a writer in the year it took me to prepare book two. Part of that success is due to my own enthusiasm, naturally, but it has also been about finding the right people to accompany me on the journey. A brilliant editor and a marvellous beta reader have made such a huge difference and I truly hope to have them by my side for book three, Dawn of a Legend.

If you are a writer, what scenes do you especially love to write? Which ones do you hate and all-importantly – why?

4 thoughts on “The Hardest Chapter Of Road Of A Warrior”